Once in a while (maybe a year, maybe several months — not set in stone), I give big name free services not in use a chance to convince me. Evernote is one such service. The interface used to look very cheap and cluttered. I hated it. However, this time I'm sold. Now everything Evernote, from its Mac app to its iOS app to its web design to its physical products, looks distinctively Mac-like. (I use Mac-like to refer to Apple's design philosophy, including iOS. Well, I guess the Android and Windows apps aren't Mac-like.) I mean, just look at the screenshots: 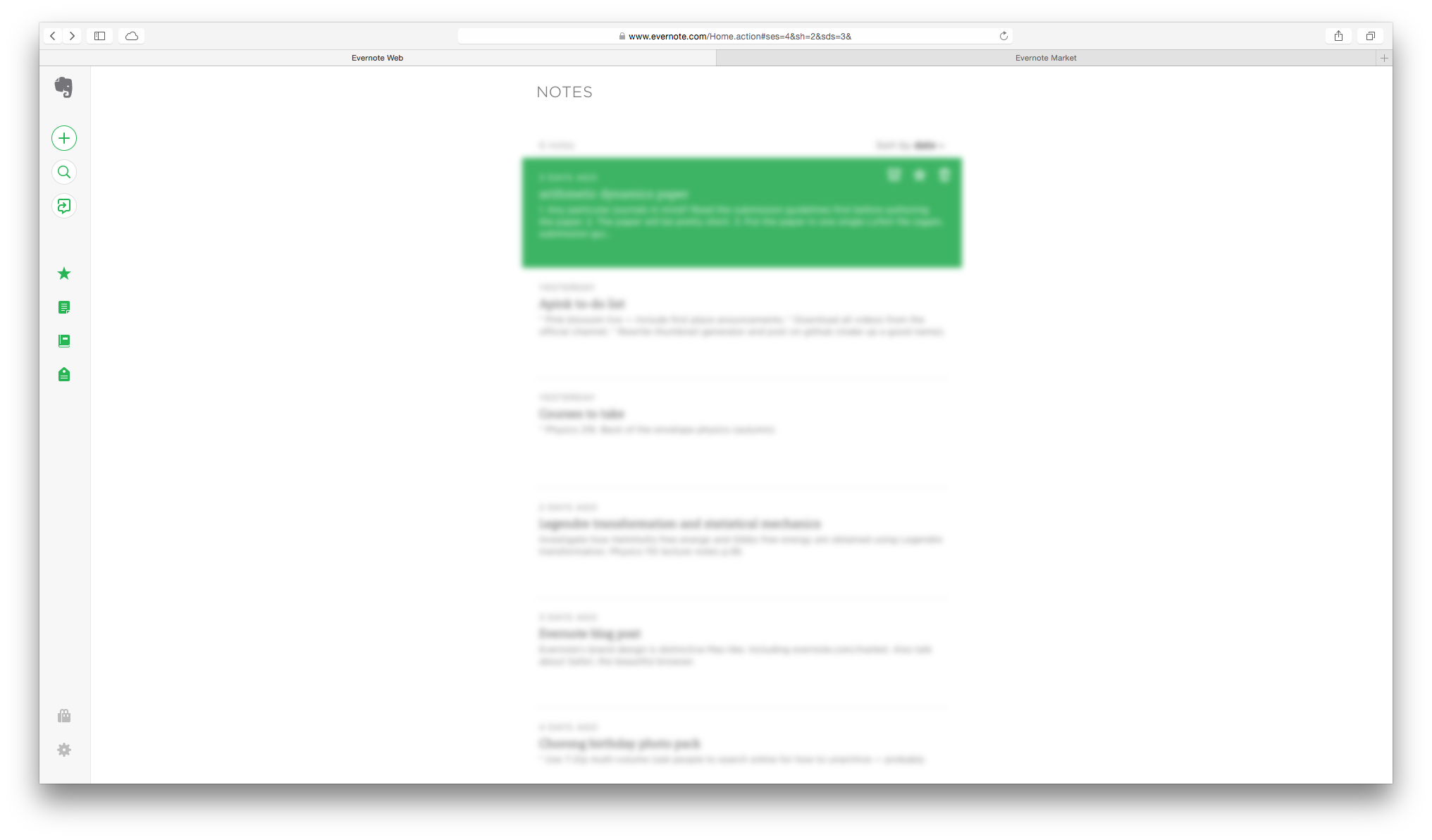 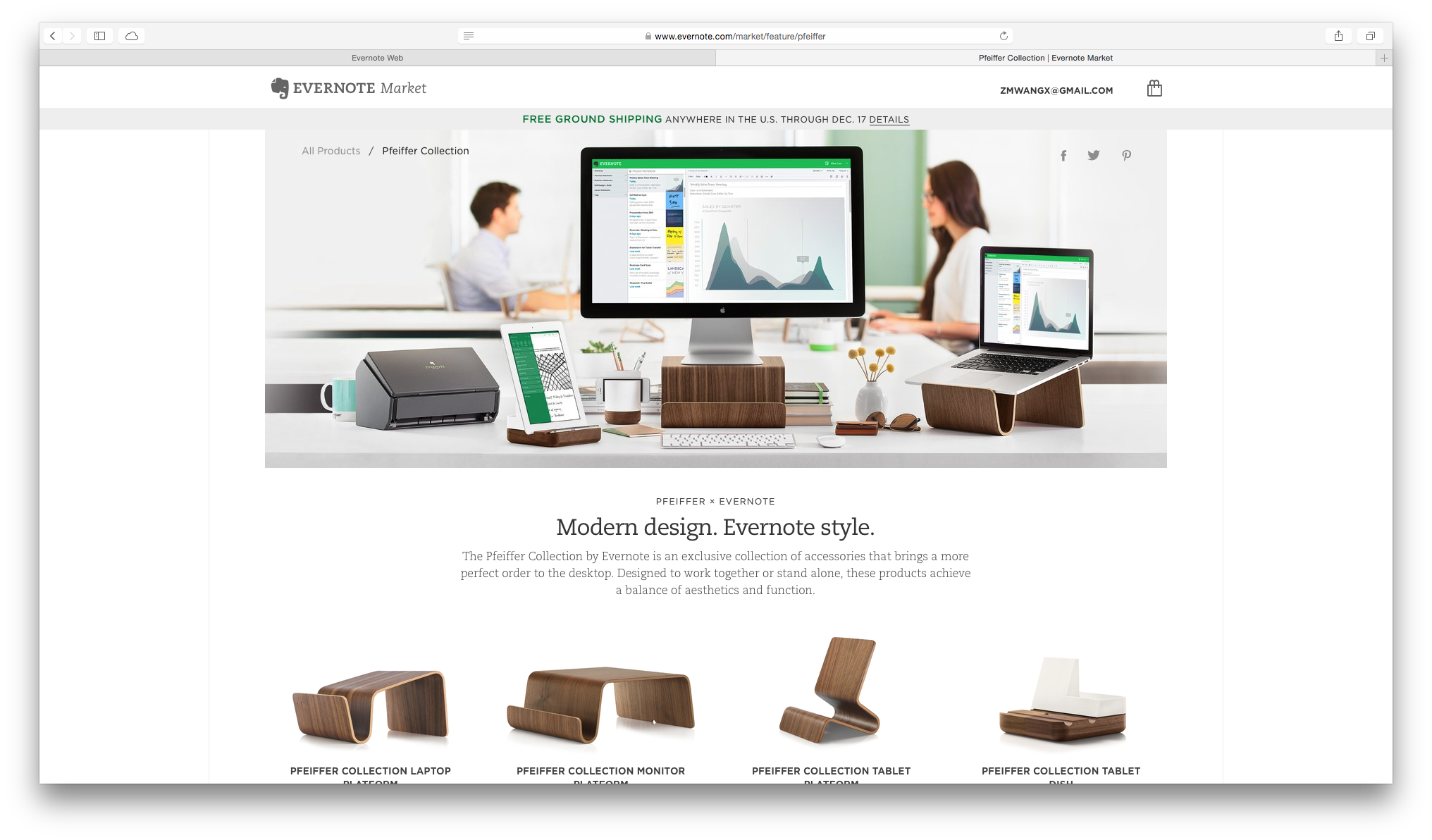 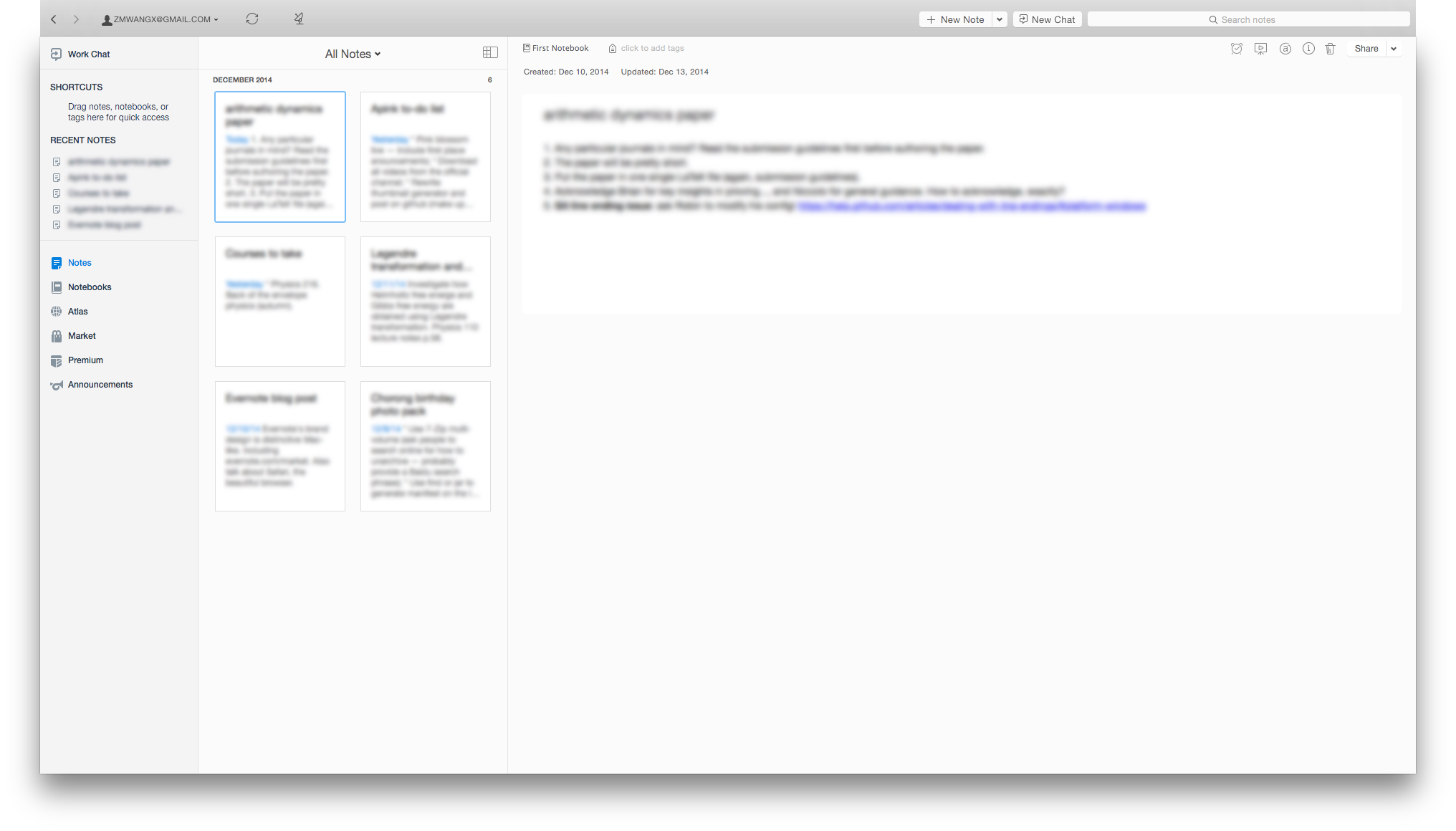 Bright, simplistic, elegant, clutter-free. Mac-like. The Mac app takes advantage of the translucent material of Yosemite, and it looks gorgeous. The iOS app also feels great on a full HD Retina screen; I didn't bother to take a screenshot. Now it's much likely that I'll put it into good use — cluttered and cheap-looking interfaces give me nightmares and actually hinders my productivity, and now they are gone.

No one can argue that Apple products make great screenshots. They are also much more intuitive, functional, and productive than most Windows folks are willing to believe. I hope our world is more Mac-like.