Octopress has been serving me for the past six months, during which even Octopress itself underwent major changes — in fact, Octopress 3.0.0 was only released 3 days ago, which I never got to try. Anyway, Octopress's heavily colored interface grew old on me fairly quickly. I'm especially unhappy with the inline <code> tag, which is always wrapped in a white box and stands out too much (worse still, there's no visual difference when such a <code> tag is placed inside an <a> tag). Since I use inline code/verbatim a lot, many of my articles were littered with arbitrary boxes everywhere. 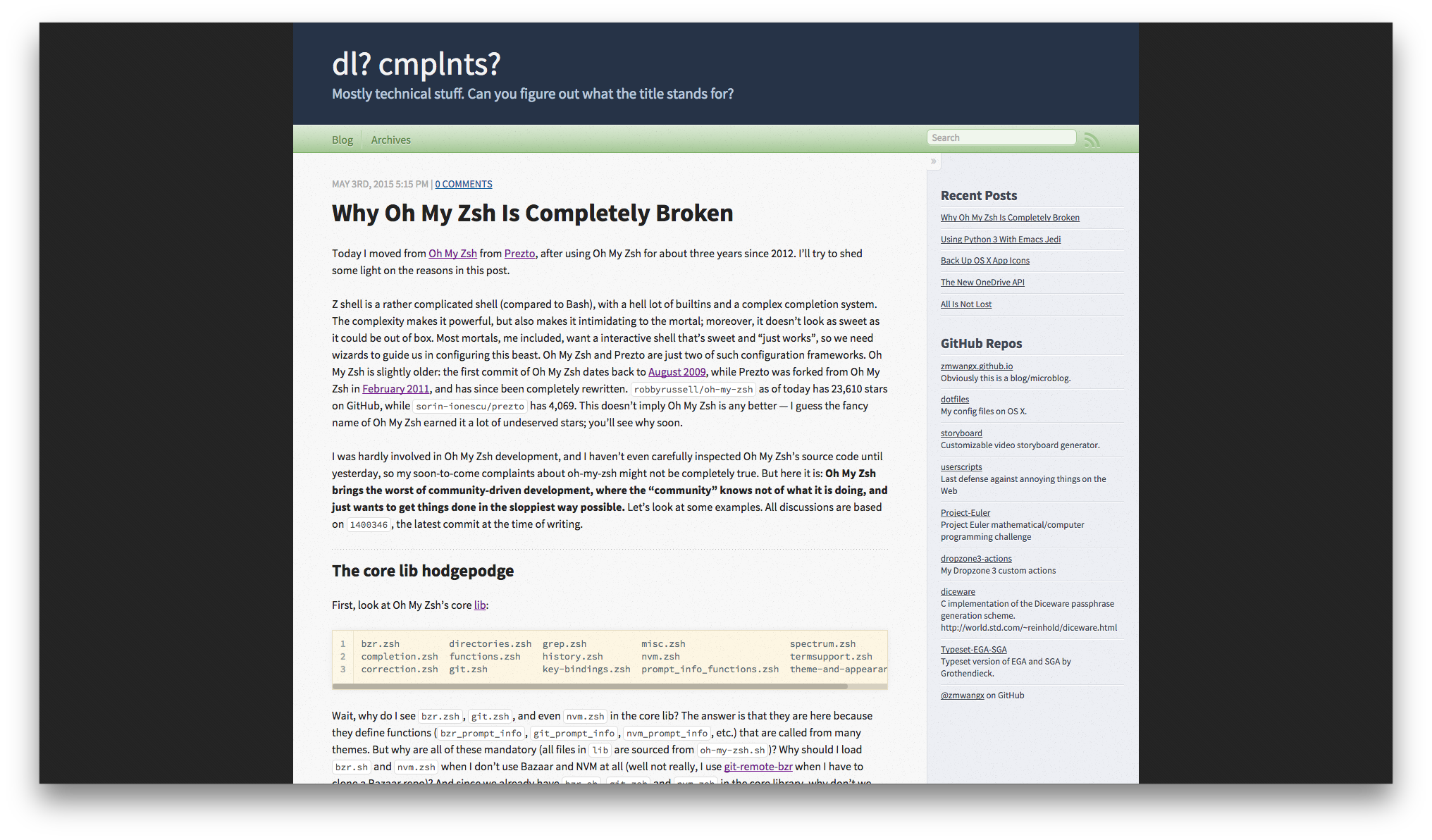 Apparently I need something simpler. Because

Simplicity is the ultimate sophistication.

But how? Simiplicity 101: get rid of the "platform". There's no reason why I need a blogging platform like Jekyll (let alone the WordPress monster). When I initially switched to Octopress, I thought code highlighting was something fancy that I need heavy machinery to achieve, but it turned out that Pandoc is battery-included when it comes to syntax highting,1 so all I need is to specify a highlight style, e.g., Pygments:

That's it. Write the Markdown, compile with Pandoc, instantly awesome. So the HTML posts are there (assuming the HTML template is written, which is not hard to kick off).

The rest of the job is to design the stylesheets and compile the posts into a coherent blog — basically, generate an index. I was able to realize both in several hours. For the former task, I borrowed a lot from mort.ninja by Mort Yao. Interestingly, we were born in the same city (Nanjing, China), and I benefit from at least two of his open source projects: you-get and translate-shell. The latter task is more interesting but also not hard. I'm rolling my own toolchain in Python, which you can find in pyblog. In fact, the complete source of this blog (down to how image assets are generated) are in the source branch of my GitHub Pages repo, so you may take a look if you're interested. pyblog is highly specialized2 and is still a work in progress at the time of writing, but it's already well capable of generating the blog — currently missing are auto gen-deploy and preview (with auto-update), which will also come soon.

By the way, the most annoying thing in the development process was working with XML and generating the Atom feed. Standard library xml.etree.ElementTree doesn't support the ![CDATA[ tag, and in the end I had to hack library internals, which is likely to break in future versions. Remember the quotes?

XML is a classic political compromise: it balances the needs of man and machine by being equally unreadable to both.

XML combines the efficiency of text files with the readability of binary files. 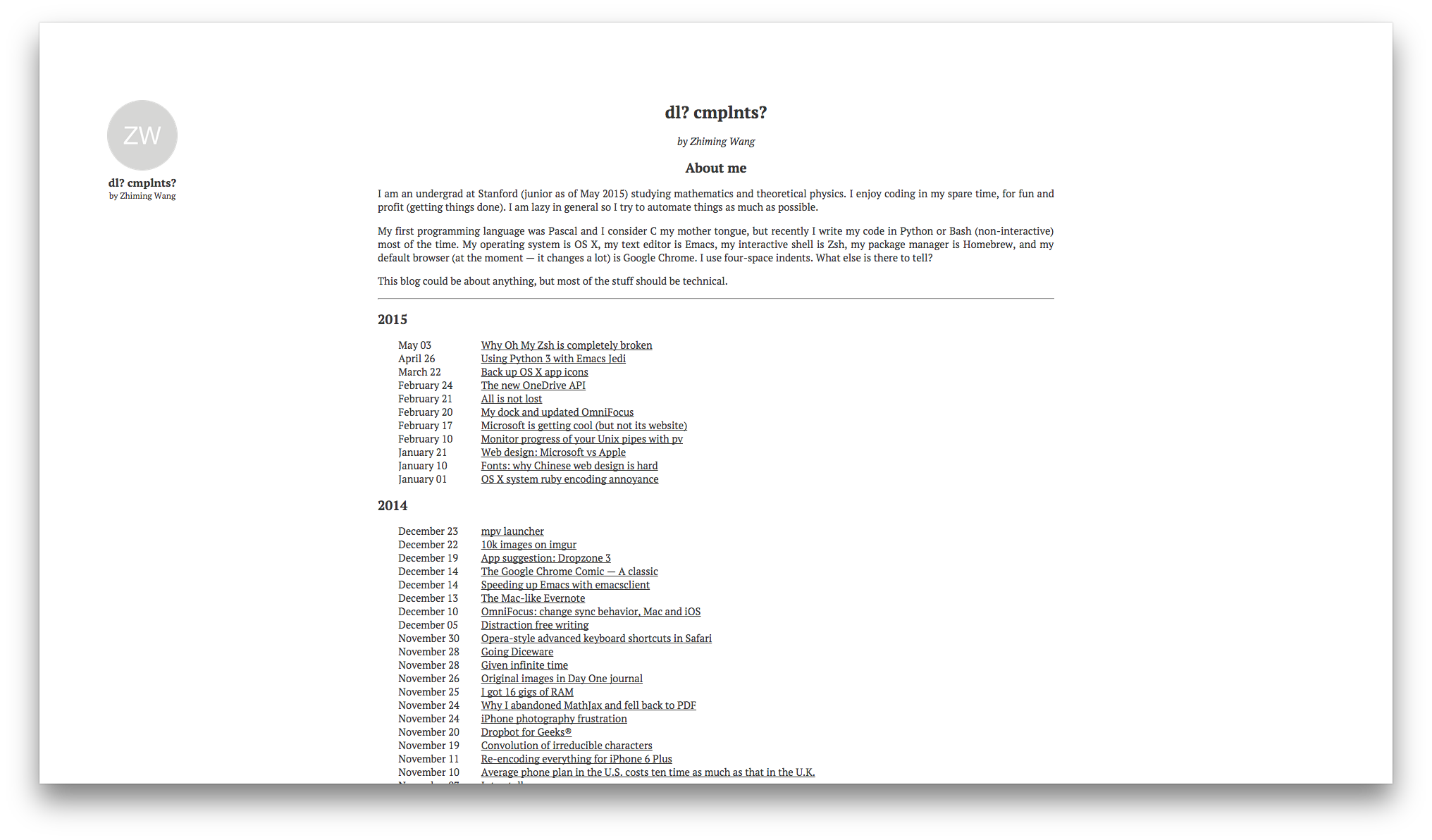