For quite some time I've been working on a Python project called storyboard, and today I finally released the 0.1 stable (or you can think of it as 1.0).

As described on the index page,

And the motivation was

storyboard was inspired by the storyboards I frequently encounter on video-sharing Internet forums, mostly generated by proprietary video players. Those storyboards often come with video/file metadata bundled, which I see as a great all-in-one solution for video sharing, saving one the labor of typing multiple console commands, copying and pasting output, and worrying about the forum’s crappy formatting. However, I, for one, dislike proprietary players. Also, those storyboards are usually ugly and uninformative, using stupid fonts and lacking crucial information that hackers look for (e.g., hash). Therefore, I developed this customizable storyboard generator for hackers.

The project itself isn't very important, and I don't see any possibility of it gaining recognition; but its educational value to me was pretty huge. This is the first full package I ever developed, in the sense that it's complete with documentation, test suites, continuous integration and tested portability, as well as distributed to a package index (PyPI in this case). Here's what I observed and learned:

Anyway, here it is, the 0.1 release. The badges certainly weren't bad:

storyboard's got quite a few badges of honor

I created an asciinema recording to commemorate the release (the original asciicast is here):2

And, just to demonstrate storyboard, I re-screen-recorded the asciinema screencast with QuickTime, saved to an MOV file, and ran it through my metadata and storyboard: 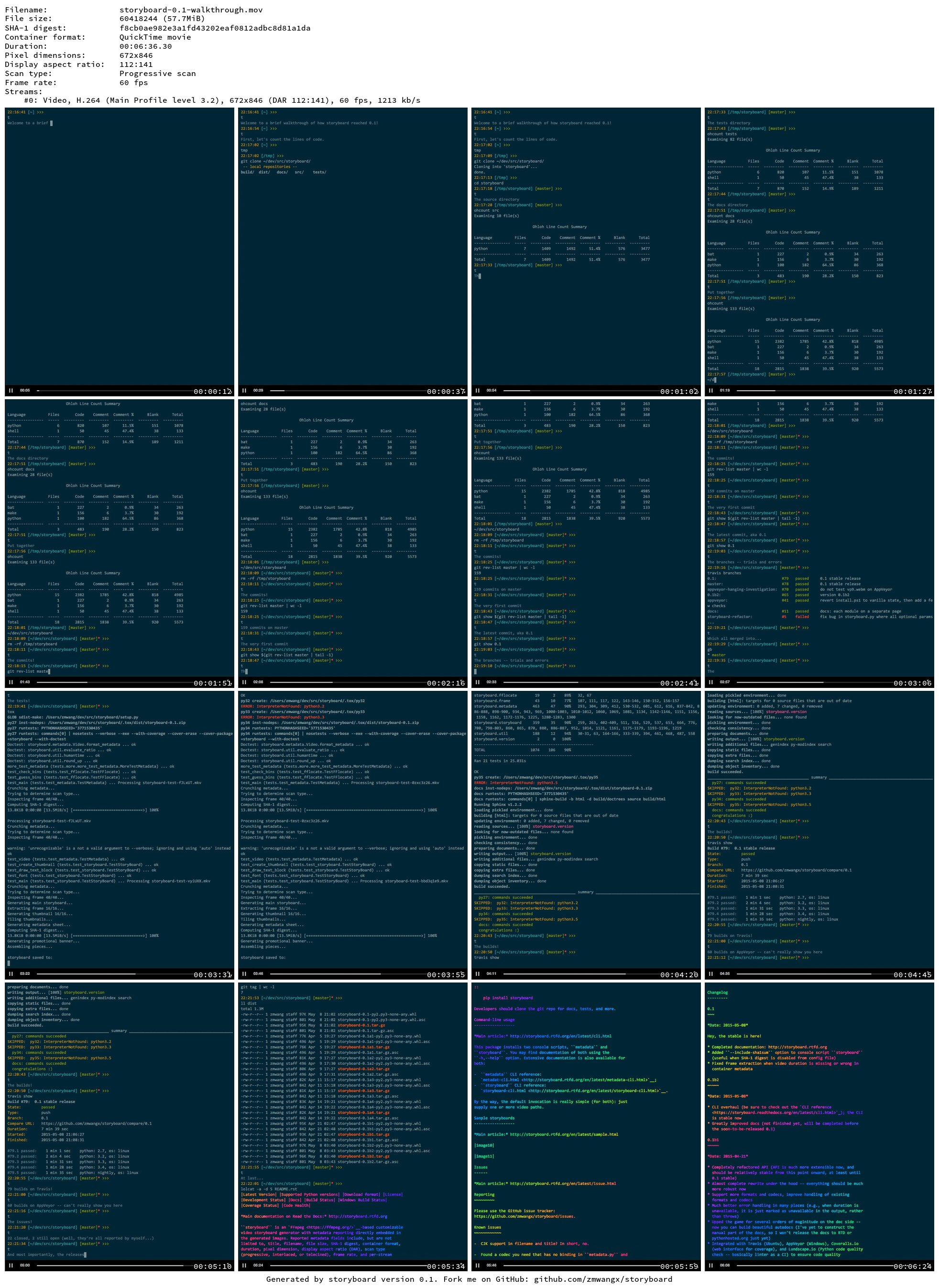 storyboard of storyboard-0.1-walkthrough.mov (1964x2694), generated with the default settings by storyboard 0.1

Credit to lolcat for making my storyboard colorful.