After quite a bit of work, I finally have a decent OS X provisioning system, capable of provisioning a blank OS X install (with Xcode and CLT) for development and everyday life.

Here it is: zmwangx/dotfiles/provision. In case the path changes in the future and invalidates the aforementioned URL, here is the archived provisioning script at the current master. Of course the provisioning system is not a single script; it reads and executes modules from a provision.d directory, which in turn links into other specialized parts of the system.

Thus far tested on OS X 10.10 and 10.11. Works pretty well. Of course OS X provisioning (with so many impossible-to-automate tasks) is still a hell lot harder than Linux provisioning, but hopefully this system will safe me a considerable amount of time and trouble during my at-least-twice-a-year clean OS installation and beta testing in VMs. 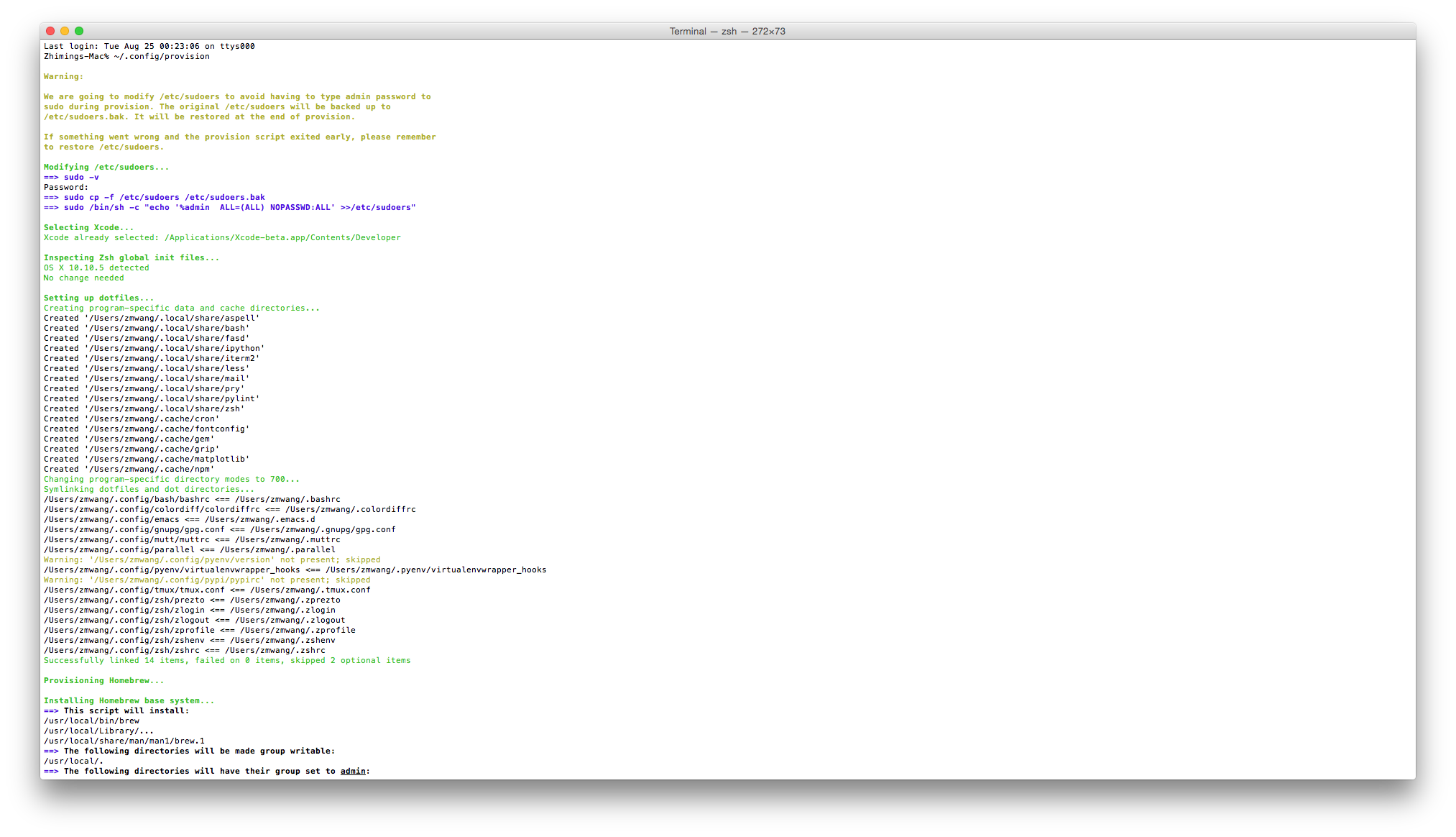 provision at work. Provisioning a blank machine is probably the only time I need Terminal.app.