The result is unsurprising. I've loved my 10pt non-anti-aliased Monaco for years, beginning with the Pro profile of Terminal.app. In fact, I initially refused to use iTerm2 precisely because I can't reproduce my beloved typeface in it, until I found out the non anti-aliasing trick. This time again, Hack simply can't compete with my favorite font; see the screenshots below. Among other things, it is way too thick for my liking — the same problem that haunts a whole range of programming fonts. Note that Hack is supposed to look good at 8px–12px according to its README, but I tested it at 9pt–12pt in iTerm2 (I know, pt is supposed to be larger than px, but I seriously doubt that anyone would want 8px or 6pt as their daily font size — and for that matter iTerm2 doesn't even allow me to go below 9pt, a pretty reasonable restriction, I'd say).

By the way, it is worth pointing out that the very same Monaco looks horrible at 9pt or 11pt, anti-aliased or not (same goes for 10pt anti-aliased). 10pt non-anti-aliased Monaco is simply a miracle.

09/01/2015 update: Looks like I was quite confused about pt and px, and they are to be used interchangeably in the current context. I suggest that anyone interested in this subject also read John Gruber's two very informative pieces from 2003, Anti-Aliasing and Anti-Anti-Aliasing. 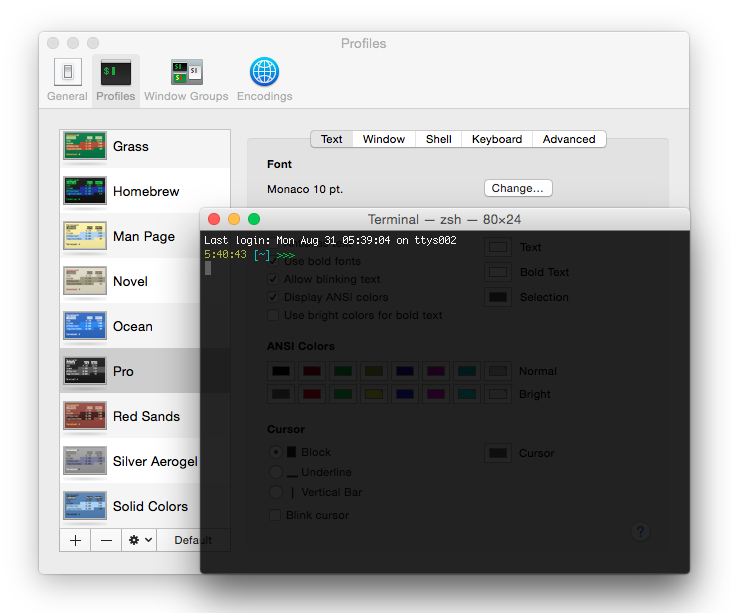 Pro profile in Apple's Terminal.app, with 10pt non-anti-aliased Monaco. That says something about the font's quality, especially on a dark background. 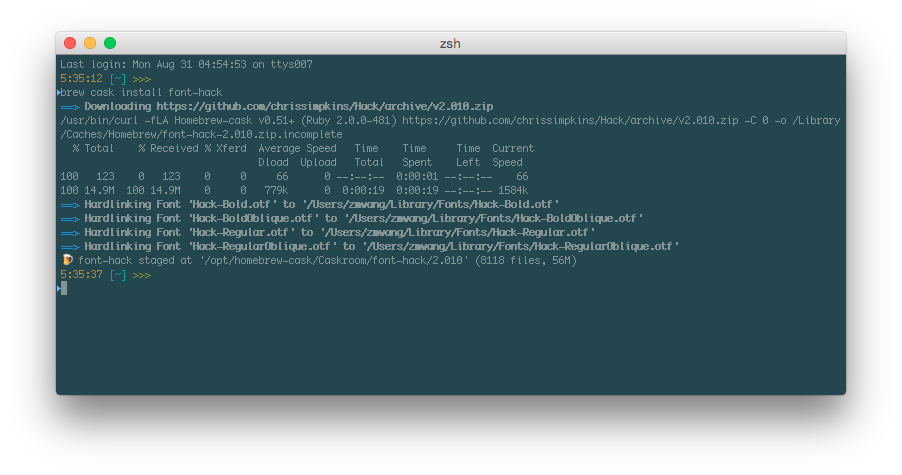